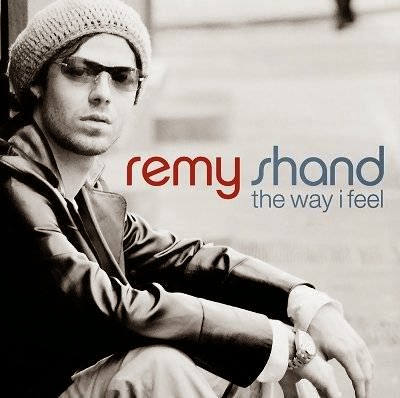 This is an album that has been on my mind lately quite a bit. As we've just passed the tenth anniversary of its release, it still resonates with me and has remained a favourite of my collection through the years. I remember listening to the hit single “Take a Message” while walking through the snow one winter and being enraptured by it. This was probably one of the first albums that introduced me to Rhythm and Blues music proper. You see, when I heard that The Way I Feel was an R&B album, I thought it was mislabelled because it sounded much more like jazz music to me rather than what was commonly thought of as R&B. But if you look at Remy Shand's inspirations, such as Marvin Gaye, Al Green, and Herbie Hancock, it seems that he was much more of a Rhythm and Blues artist than his pop R&B counterparts. Another thing that stood out about this album was that he played all of the instruments, with the exception of a baritone saxophone in one of the songs. Clearly he was a talent not to be overlooked.

I might as well open up with the purpose behind this review. I want it to be one of two reviews I will be doing this week of artists with single albums that I really like, but have since completely disappeared with very little trace. Remy Shand has been the most mysterious. It was announced that he was working on a follow-up album back in... 2004 or maybe even earlier, called A Day In The Shade and the title track was even finished and available for download off of his website. And then there was nothing. His website disappeared, the album never came to be, and Remy Shand has made no public statement as to what his plans are or even where he is. There are even Facebook and Twitter accounts devoted to finding Remy Shand and... I guess I don't know what they plan to do if he appears. What can they do, sit him down in front of a keyboard with a gun to his head demanding him to record a second album?

Whatever the case, it's clear that, even while he wasn't a huge success, he left an impression on quite a few people. He should be proud that he made an album that resonated with people... or Canadians at least. The Way I Feel charted #1 in his home Canada, but only #39 in the United States and didn't get much international recognition. Still, that's fairly impressive because he didn't really sound like anything else at the time. He was a bit of retro mixed with a lot of fresh and new ideas. What more could we ask for? Another album I guess...

It opens with the title track “The Way I Feel” which gives no false impressions, as he pounds on bongo drums and noodles on a distorted and funk conscious guitar. It's a great introduction song, giving you a feel of the more upbeat groove that the album provides. It's followed by the more subdued “Burning Bridges,” a personal favourite of mine. He opens it right away with his full, unhindered falsetto singing and carries the song naturally into a slow, but heartfelt track. There is no obvious verse or chorus structure, rather it goes through three movements, each picking up more and more momentum. Every time I listen to it, it takes me back to a job I had when I was a teenager, doing extra work for a movie. I remember listening to it while sitting on a fence in the dark waiting for a ride home after a long day. It is a nice time to reflect on.

The album goes through a few tracks that I don't have as much enthusiasm for, though I do enjoy them each to some extent. “Everlasting” is great fun and really shows off Shand's pipes as he reaches some impressively high notes. “The Second One” is a catchy song, particularly the slick keyboard during the chorus. Then there is “The Colour of the Day,” one of the more contemplative tracks the album has to offer.

The half way mark of the album brings The Way I Feel's big single, “Take A Message.” The charm of this song is in the subtle details. The most obvious aspect of the song is the singing, but there are actually some really lovely chords played during the chorus and the bass line is something really special. It's overall a fairly simple song, but it's very well constructed, showing that sometimes all you need is a knowledge of how to build off of small ideas. “I Met Your Mercy” is the next track, and while arguably the weakest of the bunch, it some great lyrical moments and a great relaxing guitar solo thick with reverb.

Next is “Rocksteady,” the second and less successful single off the album. Though, I really like this song as it's one of the most fun and catchy tracks it has to offer. I was disappointed when this one didn't catch on; I probably heard it on the radio twice. It's followed by the somewhat dark funk track “Liberate,” one of the best songs off the album, full of guitar solos and a thick bass line. This song is a triumph.

“Looking Back on Vanity” is another slower, calmer track in between two of the best songs so it kind of unfairly gets lost between them. It's enjoyable and quotable, but arguably a little too long. The album finishes with “The Mind's Eye,” the most jazzy song of the bunch and one of the best tracks on here. The vocals of the song only really take up the first two minutes of the song leaving a remaining four minutes to focus on instrumentation, allowing jazzy guitar and keyboard solos to overtake the song and bring it to a very satisfying conclusion. This is a marvellous song and I highly recommend it.

One of the things that is interesting about The Way I Feel is that it feels like an album that is greater than the sum of its parts. While there are no actual bad songs on the album, there are a number that are quite a bit weaker than the album's highlights, though that high quality would be hard to maintain. But every time I listen to it, I walk away feeling like it was a good experience. That means that at the very least, the album is very well structured. Not to mention that the final half of the album is terrific and it finishes on a very high note. Remy Shand is a great song writer and put a lot of his soul into his music and it shows. That sort of effort doesn't go unnoticed and that's likely why his fans still remember him after such a long time. An album as unique and fresh as The Way I Feel doesn't come out every day. And I think it has aged well. I've been hearing some songs that were big around this time now and they feel like songs that came out in the early 2000's. This really was something different.

So, what ever happened to Remy Shand and will we ever see another album? I don't know and I don't know. I've been literally checking up on him for years and have found very little information. There are only rumours that he's working on material again and nothing I've seen that on has been a reliable source. I'm more or less resigned to the notion that he had one great album in him and that's all that we'll hear. Maybe he just couldn't write material that he felt was worth putting out so he just had let it go and do something else with his life. Who knows? Maybe I'm okay with that. Maybe The Way I Feel is as fondly remembered as it is because it is stand alone.

Now, can we just have a reunion tour of the four piece band from the “Take A Message” music video? They looked like a tight group.

Update: Since writing this review, Remy Shand has resurfaced and started to release music again. Check out some of his singles here: http://remyrecords.bandcamp.com/
Posted by Unknown at 02:33