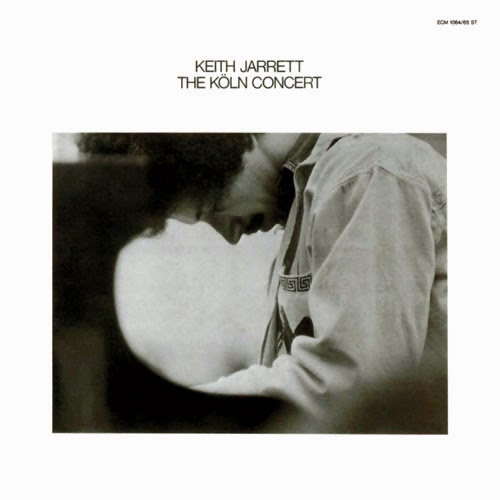 When I was in grade 9 I was part of a live performance called ChaiRiots where myself a three other actors mimed out numerous actions through chairs and told a basic story of a child and her imagination. We acted this to about ten or so minutes worth of a single piece of music which always left an impression on my mind. What astounded me was that the piece was improvised, which wasn't something that I was aware musicians could do to that extent at the time. Flash forward to ten years later, the year 2011. I have since studied music and have been reviewing music for many years and learning much along the way. The concept of a musician being so adept at their instrument that they could compose a whole concert on the spot was not foreign to me, though still very impressive. The thing was that I never heard the music past the ten or so minutes that I had done that performance to and I couldn't remember who the artist was. So, I went back to my high school and met with my old drama teacher and asked if he still had the album, which he did, and if I could borrow it, which I could. He handed me The Köln Concert, by Keith Jarrett.

It was a strange feeling, listening to this album again. It was both visiting and old friend and discovering something all new at the same time. Moments of the piece were still fresh, and other parts, which I knew so intimately years ago, had faded from my memory. And then there was still a remaining 50 or so minutes left to the whole album, so there was a lot to discover. After spending some time with it, I decided to pick up a copy of my own so I could take as much time as I needed to enjoy it for years to come.

To clarify, The Köln Concert is a recording of a live concert performed by Keith Jarrett in January 1975 and released later that year. It was massively popular when it was released, both critically and commercially, becoming the best selling solo jazz album of all time surpassing 3.5 million sales. And this wasn't even when jazz was at its peak; this was more when Disco and Progressive Rock were on top. Strange that a solo improvised piano concert would capture people the way that it did.

Not to say that it didn't deserve to. The music is remarkable as you can really hear Jarrett speak through his piano. A trained classical and jazz pianist, he is clearly a man who knows his craft intimately and uses it to speak a language which is fluent in. And even though I am not fluent in piano, just as I am not fluent in French, the beauty and rhythm of the language is still apparent to me. You can feel that the music is improvised due to the way the songs progress; there is a certain spontaneity that defies what might be 'logical' songwriting. You start to feel the music travel in one direction, but it takes a different sort of turn. This might frustrate some, but delight others. What's admirable is that, while it is unpredictable, it isn't chaotic. It feels like he has complete control over the music he is making... or perhaps the music is in control and he is just a conduit for it. If I keep talking like that, you'll start to think I'm a hippie, so we'll just say that the man knows that he's doing with a piano.

It's not even really typical jazz, but is hard to define as anything else. When one thinks of jazz, they tend to recall Miles Davis, Duke Ellington, or other musicians who would lead a band or ensemble. This isn't the case, obviously. Many of the sounds of other famous jazz works as missing as there is no bass, brass section, or even drums. But at its core, it is jazz in its purest form because jazz is about improvisation. This is just a long free form session of uninterrupted improvised solo work, free of the constraints that could come when playing with other musicians. There are no restrictions of tempo or rhythm, just the mind of the musician and how well his fingers can follow.

Not everyone will enjoy this album. People who are looking for immediate pop hooks can look elsewhere, but if you are looking for a pure expression of an artist through a single instrument, you would be hard pressed to find a more genuine display of a man and his craft. There is so much substance and emotion that comes through the music, you can only wonder what it was like to be there in the audience on that January day. Perhaps every concert he played made for a very emotional night.