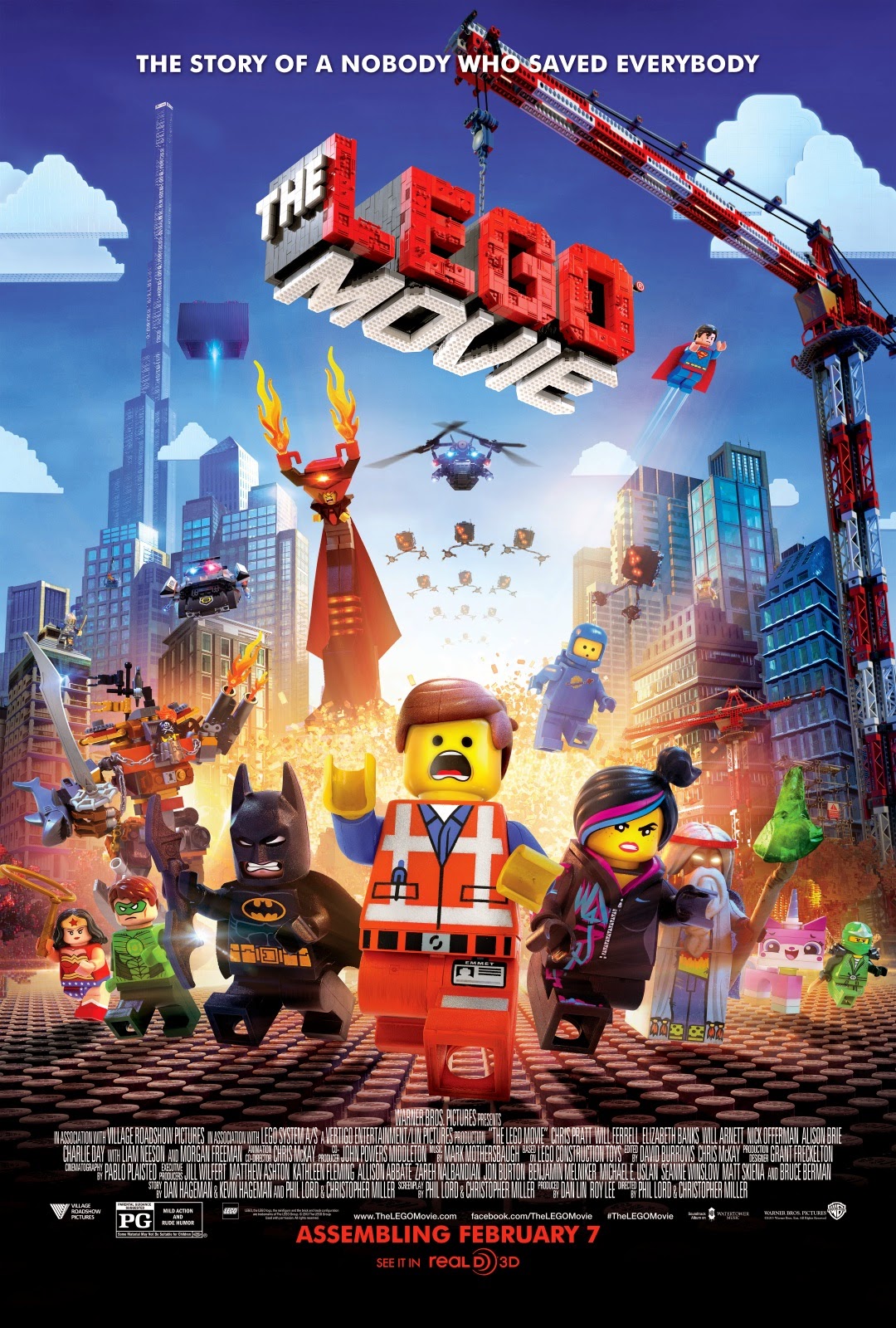 Doesn't matter what generation you're from, Lego seems to be a staple in everybody's childhood. I was a Lego collector in the mid to late 90's, best as I could be given my extremely limited funds, but I was proud to have collected most of the UFO sets, save for one of the really big flying saucers. My brother and I shared our collection and built a city which we kept in a closet and those toys got a lot of play. My time with Lego is a treasured memory of my childhood and one day, when (Read: if) I have a kid, I would love to bring out my old UFOs and play with him or her. That's something I'd love to share.

So, then I went to high school and Lego sort of made its way onto the back burner and my funds, still quite limited, were spent more on comic books. But I still played Lego with my younger brothers and I was more or less aware of what was happening with the product at that point. It was shifting away from the genre sets and suddenly going into licenced franchises, which I thought was a bad move, but looks like I'm wrong because Lego is bigger than ever. Lego has more or less joined forces with almost every major entertainment franchise and has extended itself into video games and movies, straight to DVD/Bluray mostly, until now. The Lego Movie makes their biggest push yet, onto the big screen with A-list actors doing voices for the characters. And from what I gather, from the kiddies, is that it's going to be big. Children want to see this movie. And yes, I can attest to that because I purposely went to see the early show so that I wouldn't be in a crowded theatre with a bunch of kids, but there were still a bunch of kids there. (Guess they had the day off school?)

I wasn't particularly excited about this movie, but I was curious. The previews didn't look overly flattering and there was a certain goofiness to the video games that seemed to carry over to the movie that I wasn't sure would work. Then again, maybe I was just jealous because I wanted to make a Lego movie when I was a kid and now that's been taken from me. That's okay, I think I might have made it too dark and grandiose. I took my play time very seriously. But I digress... the fact is that I had a much better time in the theatre than I would have thought seeing The Lego Movie. I was expecting to be mildly entertained, but found myself laughing quite a bit.

The films follows Emmet Brickowski (Chris Pratt) who is a construction worker in his Lego city and, wouldn't you know it, everything is awesome when you work as a team. But he finds himself a bit of an outsider despite his optimistic attitude and one day he accidentally stumbles upon an odd piece that is suck to his back. He finds himself in trouble with the law, though he has no idea what's going on, but is fortunately rescued by a mysterious woman named Wildstyle (Elizabeth Banks) who informs him that he is “The Special” and he will be the one to defeat Lord Business (Will Farrell) who intends to keep the Lego worlds segregated and in their perfect places for all time.

It takes a little bit of time to settle into the Lego movie and adjust to its tone. It is very fast paced, very noisy, and flashy to the point where it's not always clear what's going on. But once you get what you're watching, you're along for the ride and will probably have a great time. And it's not humour that is geared entirely for kids. In fact, I imagine parents will have just as good a time watching it, perhaps for different reasons. There is a nostalgic quality to it, but it also sneaks in statements about current culture that some kids might not get. And while one of the strongest elements of this movie is its sense of humour, there is a real heart behind it. And I think that really shows in the third act and I find the choice made there was especially bold. I dare not ruin it, but it really took the movie up an extra notch.

And it's worth noting that this is one of the most visually interesting animated films I've seen in years, particularly in this CG era. And it comes naturally with building a whole world of Lego. It looks like it's stop motion, but that's part of the charm of the style. The attention to detail is uncanny and, in a sense, they had to rethink the laws of physics for this film, making Lego physics. And it works. Everything is Lego, even down to the water and explosions. It's quite the visual treat and I'd watch the film again to appreciate it on that level.

On that note, I do wish that we explored more Lego worlds because there were only a select few that went beyond a simple mention. We got to see a bit of the old west and plenty of the modern city, but when more are referenced, it really made me want to see a journey through all of these worlds. That being said, where they do journey through services the plot nicely. It doesn't feel strained. Besides, it saves plenty of room for the inevitable sequel. And this is one of those occasions where I feel a sequel could really work and wouldn't be just a cash grab. There is a lot to expand upon.

But one of the more puzzling parts of The Lego Movie is the seemingly contradictory message that it carries. And I don't think I can hold this against the film itself, in fact that makes it all the more endearing, but it is an odd world we've created for ourselves from an economical standpoint. The central idea of the film is that one shouldn't be afraid of dropping the instructions and being creative and expressing yourself... preferably with Lego. And thus, there is the conundrum that Lego as a company, at this point in time, is making the most amount of money off of sets that require the least amount of creativity on their end and on the buyer's end. Their sets are modelled out of preexisting concepts and kids buy them not to be creative, but to play out preexisting characters and scenarios. This is the least creative era Lego has ever seen... not to mention that you can, naturally, buy sets of The Lego Movie with scenes and characters from the movie. And from a business standpoint, this makes perfect sense. Of course kids are going to want to buy the sets from the movie. I would. So, I have nothing against the message of the film, or even what Lego is selling these days. The kids have spoken and this is the Lego they want to buy... I'm just somewhat fascinated by the contrasting circumstances.

The numbers are in and The Lego Movie performed way better than predicted which implies to me that they didn't ask nearly enough kids if they wanted to see it. I could have told them that every kid wanted to watch it, but Hollywood never asks me anything. I also could have told them that no one would want to watch Vampire Academy, but lesson learned there too, I guess.

Hey, one more little note... although Batman is the only preexisting character to make it in the main cast, there are tons of cameos from basically everyone who has been Legoified in recent years, or at least a representative from that franchise. (Funny that though... no Marvel characters.) But what is fun is this is your chance to see The Justice League on the big screen, at least for a short time. Perhaps this is Warner Brothers starting to rev kids up for the inevitable Justice League movie?