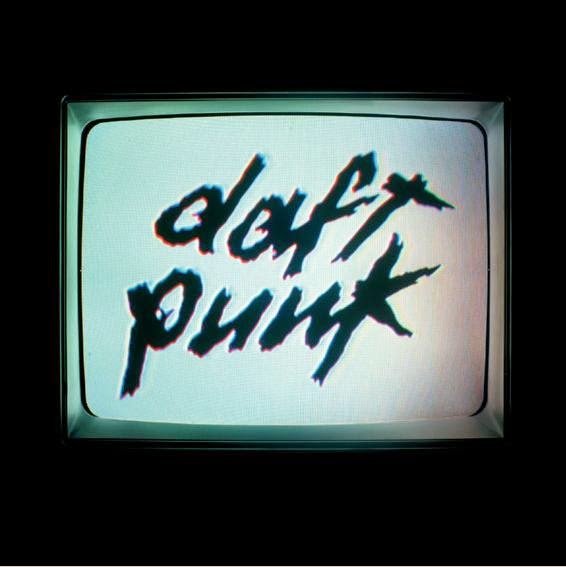 Four years since Discovery changed changed the game and made Daft Punk much more of a household name, they released their third album, Human After All, which took their sound in another very different direction. Initially, back in 2005, I found myself quite disappointed by the album and to be the weakest of their three albums, though at the time Daft Punk stated that it was their favourite. I found it to be relatively lazy and uninspired compared to their past works. Not to say that I hated it, because I really didn't. In fact, there are some songs that are great, but it did seem to be a noticeable decline in production quality and diversity.

That being said, I have come to appreciate it a bit more in recent years and there are a number of contributing factors to that. First, one has to look at what Daft Punk wanted to accomplish. They wanted to make an album that was the antithesis of Discovery. They had done that and wanted to try something different. Discovery was complex and polished to perfection. Human After All is raw and simple, stripped down to minimalism most of the time. They explored improvisation and recorded and produced it within six weeks, much less time than their previous two albums. I suspect that's where the name of the album comes from; it is flesh and bone. But as a fascinating contrast, they explore their robot persona much more in the album, often having it sound more artificial than ever. They are at their most robotic and most human simultaneously. Another thing that makes it very different from Discovery is the mood of the album, this one being much more dark and gloomy, almost post-apocalyptic in approach, which is a far jump from its predecessor's joyful celebration of music.

Human After All was also made primarily without synthesizers, which was a bold move for an electronic band. It was recorded mostly with a drum machine and two electric guitars and some interesting effects to make it sound more synthesized. With that in mind, it helps one see what they were trying to do with the songs, and in a way makes some of them seem more impressive.

The first half of the album I actually quite enjoy. It opens with the title track which is a clever mix of rock and electronica, boasting a catchy guitar riff. Next is “Prime Time of Your Life,” which I wasn't overly fond of at first and I can see why. It doesn't quite build up to what it could be, but I've come to enjoy its simplicity and appreciate how it defies expectations in typical song writing. “Robot Rock” is one of the more memorable tunes on the album, sampling heavily from an 1980 funk-rock song called “Release The Beast” by Breakwater. It is a great song, but I wish it had a bit more of their own material in it because it really does seem like they just put the words “robot rock” into the sampled loop. It's undeniably catchy though.

Next is “Steam Machine” a track that I come to enjoy more and more when I hear it. I don't know how they made their guitars sound like that, but it's really cool to listen to. But by far and away, the highlight of the album is right in the middle of it. “Make Love” is a brilliant track, drastically different in tone from most of the album, but structurally very similar in its simplicity. It doesn't really travel much in it's almost five minute long run-time. It's mostly the same musical loop over and over again with vocals entering quietly part way through. But that is what is so remarkable about this song, despite how repetitive it is, the piano chords and guitar loop is so beautifully constructed that I literally could listen to it on repeat for well over this song's run time. It is infectious and entrancing and is one of my favourite Daft Punk songs. They really captured something special here.

The albums takes a bit of a turn here with the not as great “Brainwasher,” which has some good moments, but doesn't really maintain my interest very much. It's a little too abrasive without a good enough pay off. “On/Off” is an interlude track that is kind of useless. “Television Rules The Nation” is another underwhelming song, though never really bad. It doesn't really go anywhere or really have anything to say beyond the title of the song, which they simply repeat over and over again. Doesn't add too much to the album.

We rebound nicely with “Technologic,” one of the singles from the album and a sort of stylistic follow-up to “Harder Better Faster Stronger,” though the two songs are distinct. I say it's a follow-up because of the vocal section, it is reminiscent of the robot speak-singing vocal style, though this one is much more high pitched and quick. This one is more raw and a bit more creepy, or maybe I just find it creepy because I've seen the music video and the little singing robot in it is... he's freaky. I wouldn't trust him. But this track is definitely one of the best moments of the album and a great example of what they were able to achieve with the ideas of the album. And the album comes to a close with “Emotion,” which is another track that took some time to grow on me. Arguably a bit too long, but there is something really compelling about the way it plays out. And that's it, a relatively short ten tracks and the album is finished.

But there is one more thing I feel I should touch on before ending the review and that's that I feel that this album was meant to be played live. Some of these songs I didn't really 'get' until I heard the live album, “Alive 2007” which had many of these tracks mixed together with other Daft Punk songs from Discovery and Homework. I'm not normally one who takes much of an interest in live albums, but this one really is a great one and an essential release for fans of the duo. It helps bring out some of the potential in the songs and no tracks really sound like their studio album versions.

What is interesting about Human After All is that it really feels like their weakest album, but is somehow essential within their discography. I suppose that's what happens when you have a small collection of releases and you choose to make them extremely distinct from one another. Huiman After All is a very unique entity, but distinctly Daft Punk. On its own it isn't that strong, but somehow within the context of their careers and their music, it works much better.

And I think that is a big part of why Daft Punk have lasted and been as influential as they are; they are icons to behold. Despite the fact that when this came out, they had only three albums and only one could really be called a masterpiece. But Discovery was the kind of album that was that good and when you have a live performance that matches that, it takse you further. And really, the career move of making themselves robots was really a stroke of genius because then they became known for more than just their music and essentially turned themselves into a brand. And that image has served them very well, likely aiding in them getting the gig to make the soundtrack to the film Tron: Legacy.