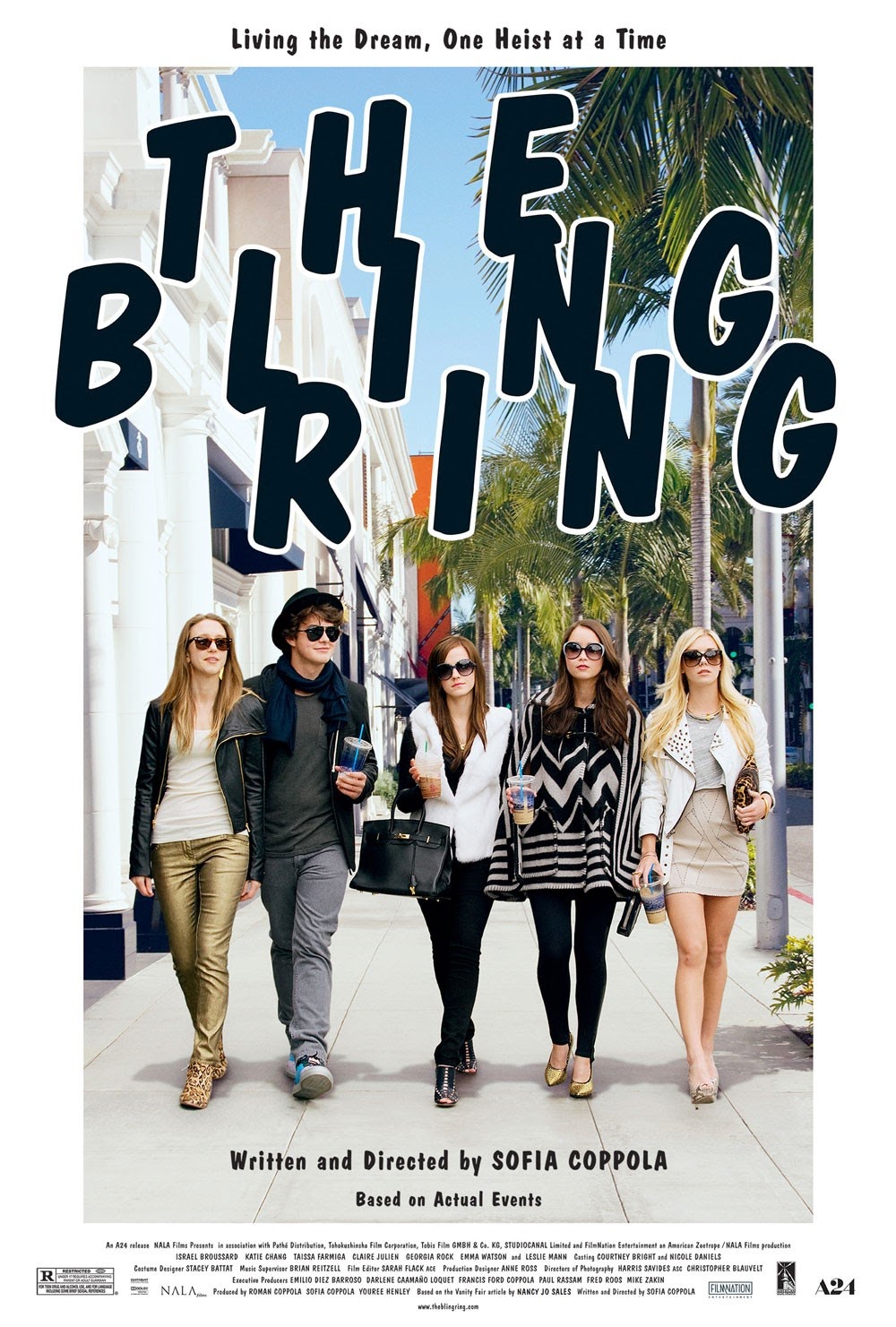 Sofia Coppola was a name to remember ten short years ago in 2003. She wrote and directed a compelling film called Lost In Translation that landed both her and Bill Murray Oscar nominations. Her nomination was particularly impressive because the world of directing is pretty widely dominated by men and very rarely do women earn even a nomination. Coppola was the third woman in Oscar history to achieve this, though she did not win. Then she released the bizarre and flamboyant Marie Antoinette which was poorly recieved, though I didn't think it was as bad as some made it out to be. The following film did well at festivals but didn't make too much of a splash in the mainstream and it seemed that Coppola's flame had already burned as bright as it was going to. Then, seemlingly out of nowhere, she returns in full form with a story as modern and relevant as you can get boasting Emma Watson in a lead role hot off of the Harry Potter saga. Seems like all the cards were in the right place for a comeback.

And while this has actually been her most successful film financially, the critical feedback has been... lukewarm, let's say. I'm a little torn myself to be honest. I think that knowing the actual story behind these kids is just as informative and interesting as actually watching the movie itself. I don't think that I really got any more insight into the situation from it and perhaps that's where it fails. Perhaps I will get you up to speed on the film...

The Bling Ring is based off a Vanity Fair article which was about a group of high school students in LA who decided that it was easy to break into celebrity houses simply by following them through social media, finding out when they're out of town, and walking into their homes and helping themselves to whatever they like. And that alone has paragraphs to say about the state of the western world right now. That says so much about celebrity idolization and the dangers of having so much immediate information on people's whereabouts and what they are doing in the moment. It also looks into materialism and the totally uneven overabundance of stuff that the wealthy have and how it is all essentially useless. It also delves into the sense of entitlement that some youth have when they grow up in an overly privilaged environment.

There is a lot to explore in the ideas of The Bling Ring and in that sense, it feels a bit like a wasted opportuntity. Often it felt like it didn't tap into the subtext of the story and stayed in the shallow surface of its characters. Rather than exploring them, the audience just sort of hangs out with them and goes on their hapless misadventures with them. I do appreciate that for the most part Coppola tries to keep things relatively sublte and not hammer in a moral into the audience, but often it just felt like the film was just going through the same motions over and over again until the third act when things started to get interesting and we saw the reprocussions of their actions, but the truth is that it just took too long to get there.

I would have liked to see more relation between the characters because we get a good sense of who they are and only a little bit about how they relate or, even more importantly, who they become. I don't get a sense of a personal arc for any of these people and for a movie like this, it should be very character arc based. I get the sense that the intent was there for this to be that kind of personal character film, but things didn't progress. It was only touched on a bit through Marc's monologues, which were few and far between. I would have liked to see the tension increase and the stakes being raised with every burglarly. And while I understand that Coppola was going for realism, it doesn't make for really interesting fiction. Though she certainly did succeed at the realism because it did often feel like we were right in the real story and not looking at actors playing characters. In that sense, it is a superbly performed film.

I hope this movie does well, but not necessarily for the sake of The Bling Ring, but because I support a lot of the talent behind it. I think that the young actors did very well and I'd like to see where their careers could go. And I've become quite an Emma Watson fan and of the roles she's been taking on. And of course I like that Sofia Coppola is tapping back into the audiences radar because I believe she is a talented film maker and I like that a female director is getting recognition for her work. But... I think that The Bling Ring doesn't capitalize fully on the talents of its director and actors. It doesn't equal the sum of its parts. And the more I think about the film that was vs. the film it could have been, I become more and more disappointed.