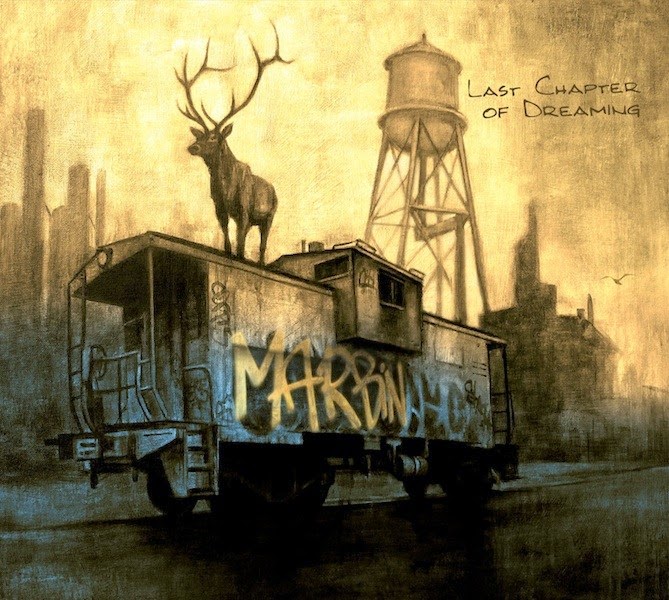 A number of months ago I did a small review on Marbin's first album, and they were pleased enough with it that they offered me a chance to listen to their newest release for free. I like that as a reviewer, I'm getting enough recognition that some artists are willing to send me their material to review. I imagine that if I were a musician, reviews would be kinda scary. People who claim to be professionals sit and analyze and criticize the music that you've put so much of yourself into. I don't know what it means really to be a professional in this field... I just give my opinion really, but I have lambasted a couple of albums in my time as a writer. I suppose Marbin is confident enough in this album, especially since I showed a great affection toward their first release, that they were willing to put Last Chapter of Dreaming in the line of fire to see if it meets or surpasses my expectations.

And understandably so. I really enjoyed Marbin's self titled album, but this one is so much more confident and refined. This is really the kind of music that jazz should have evolved into. It's very distinctly modern, while sticking to the elements that give jazz its identity. The songs move from structured hooks to free formed solos smoothly and swiftly. At times they indulge in rock music, while other moments it has explores some world music influences, from middle eastern music to tunes with a Latin flare.

Truthfully, it's unlikely that you'll know which song goes with which title, but the overall vision of the album dominates over the individual tracks. That's fine and a natural consequence of the genre because there aren't any obvious pop hooks. Their music isn't about that. Instead we're treated to long powerful solos from guitars and saxophones, playing against a strong rhythm section and strong keyboard chords. It's not to say that the songs sound the same, they're rather distinct, but there is a sense of unity within the album that makes it a stronger whole.

As far as structure goes, the album as a whole seems to start off with all of its cards on the table, pleasantly bombarding you with fast and heavy beats that leave a strong impression, but as the album progresses it gets a bit slower and more contemplative, particularly right near the end. This shows some intention when choosing the track order, as if they wanted to take you on a journey. There is a couple of songs in the middle that really have captured my attention. The playful “Redline” is a quirky and energetic tune while it's followed by “Volta,” a dramatic and frantic composition that really shows off their musical abilities as song writers and performers.

Marbin are an act to keep an eye on and I've really come to appreciate them, even more so after hearing Last Chapter of Dreaming. Their clever and challenging compositions are both engaging and accessible, but occasionally intimidating. But what's really great is that Marbin has a sound and certain flavour to their music and it really comes through for them. Their personalities are reflected through their songs and that's really impressive when it's all instrumental music. And it's fun enough that it doesn't come across as pretentious. It seems that these guys are always playing shows and working hard and they're getting more and more attention because of it. Still, I would love to see them get even more popular, not only for them, but for you too. Don't your ears deserve some Marbin?