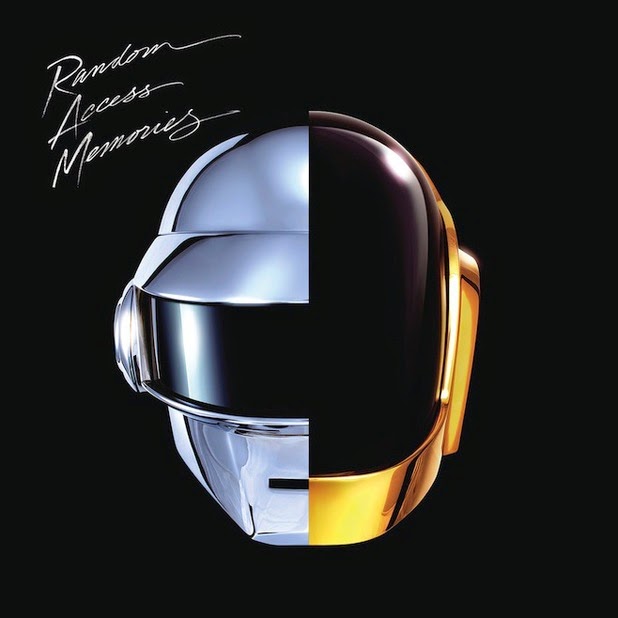 Daft Punk is back and everyone is freaking out! They're acting as if they've been deprived of good music for a decade, and perhaps they have, but if that's the case they must not have been looking very hard. People are acting as if Daft Punk has been absent since 2005 and while, yes, that was their last studio album, they have since released a live album of material that is fairly distinct from their studio work and let's not forget that it was less than three years previous when they released “Derezzed” and the rest of the Tron: Legacy soundtrack. But apparently Random Access Memories is the release fans were waiting for. Daft Punk's promotion was sparse actually, but well placed and timed. There was a Saturday Night Live TV spot that captured people's imaginations so much that before you knew it there were hour long mixes of the short clip on Youtube for people who just wanted to hear that little bit of “Get Lucky” over and over again. And then as a few billboards were placed with adverts for the album, fans did the rest of the work to distribute it over the internet.

One of the things that Daft Punk have stated that they regret the most is the lack of promotion for Human After All. It was an album that needed an explanation and the public didn't get one. For Random Access Memories, there is a stylistic leap and that came with a fair bit of explanation. They explained that they felt that electronic music was becoming too complacent and they expressed that they wanted to do something different. Rather than playing with samples and programming, they wanted to take electronic music in a different route; collaborating with traditional studio musicians of varying notoriety, not to mention an orchestra in some songs. On Youtube there is a whole series of videos discussing the creative process of working with Daft Punk with these various collaborators.

This promotional method seems to have really payed off. The first single “Get Lucky” is the biggest hit of their careers and fans of the band could not wait for the whole album to arrive. And that's something rare these days. There are very few albums that are worth getting excited about. Culture seems to have drifted toward singles or particular songs off an album. iTunes sells single songs over albums at a ratio of 16:1. Not to say that record companies haven't been trying to undo this. They keep hyping up releases, trying to convince us that the next Rhianna album will be the new Thriller and yes, they sell well, but they just wind up being the next Rhianna album. So, it must have been quite the collection of elements that would get people excited about this album. I suspect it's because with albums like Discovery, the non-singles were just as good as the hits on the album, if not even better. The extended absence must have helped as well. The last album I can think of think of that was also an event like this one was Gorillaz's Plastic Beach, but even that didn't get the attention that I thought it deserved.

But hype is one thing, meeting expectations is another. I actually don't know what my expectations were. Secretly, I think everyone was hoping for the next Discovery, but to be realistic, chances are that this would be a completely different beast, just as every Daft Punk album has it's own identity. An attempt to replicate Discovery would be foolish and not particularly genuine. To expect that Daft Punk haven't moved on as musicians in the last 12 years would be ignorant and a little bit selfish.

Daft Punk have always been inspired by 70's music, often sampling clips from old funk songs and transforming them into electronic dance music. But this time, they pay tribute in a different way. This is a retro styled throwback album, often delving full on into disco and funk. Don't believe me? There are a couple of videos I've seen where they've put songs from this album to dancers from the 70's show Soul Train. It works all too well.

The album opens strongly with a blast of somewhat misleading epic guitar rock, which takes a very sharp turn into soul/funk territory. The first song is “Give Life Back To Music” which is a title that could be looked at in a couple of ways. I think it could be seen as a call for people to devote themselves to music because it enriches life or it could be seen as a statement of what they've done with this album. They've taken a genre in which is often automated and literally brought live musicians to play it for them, thus they brought life back to music. It's a great dance track and sets the mood well for the album. It's followed by the surprisingly tender and sad “The Game of Love.” I find it impressive that given the emotional nature of this song, they were still able to make it work with a robotic singing voice. It is quite effective.

One of the album's best moments is “Giorgio By Moroder,” which opens with a monologue by influential musician and producer Giorgio Moroder. He basically discusses his early career and music and it becomes a groovy electronic jazzy composition. It's a really great track that builds more and more into something exciting and interesting. I highly recommend it.

I have similar thoughts on “Within” as I do with “The Game of Love.” It's a very sad song, elevated more so by the masterful piano playing of Chilly Gonzales. “Instant Crush” feels like what it is; a hybrid of Daft Punk and The Strokes. The guitar and vocals are contributed by Strokes front man Julian Casablances though you wouldn't know it to hear his voice because it's been heavily altered. I recognized him more by how he sings rather than how he sounds, plus the style of the song that sort of chugging guitar vibe that The Strokes have mastered. That being said, it definitely sounds like Daft Punk had their way with the song and made it their own.

“Lose Yourself to Dance” is a fun dance song in full retro form and does just what it promotes. It's the first of two songs sung by Pharrell Williams, the other being the mega hit from the album “Get Lucky” which appears just two tracks later. The version on the album is extended, breaching six minutes, and I think that it works even better in the context of the album. Especially since between the two tracks there is arguably the album's best song “Touch” featuring Paul Williams (no relation). “Touch” is a very special song that really goes on a musical journey that is exciting and emotional, moving from science fictional noodling into soulful singing, then dancy jazz into beautiful choir singing. It accomplishes so much and never feels contrived or insincere. It is truly a masterpiece and one of the finest songs Daft Punk have composed.

Back to “Get Lucky” for the moment, apparently there is a bit of a criticism of this song because it's really simple and there isn't that much to it. I don't know if I agree with that assessment. It's simple, but constructed in a really masterful way, as Daft Punk have done for many years. They have carefully selected really accessible and compelling chords and built a pretty solid pop song with them. I'm not going to call it a triumph in original song writing, but it's a smartly constructed retro-dance song and it works really well as that. There is a reason that it's the big hit that it is.

Anyway, after that there is arguably the weakest song on the album, “Beyond” and while there isn't anything wrong with it, I just don't find too much that brings me back to it. It works well in the album though, I'll say that much. That's okay, it doesn't take long before we get more solid tracks as “Motherboard” plays next and is one of the only songs on here that Daft Punk didn't collaborate with anyone on. But it is a great instrumental with a dramatic, almost cinematic feel. It's one of the album's finest tracks.

“Fragment of Time” is a track that doesn't initially seem like a great track as it more or less feels very familiar in the collection of songs, but as it progresses it really starts to get an identity of its own and winds up being really enjoyable. “Doin' It Right” is another album highlight, as it features Panda Bear from Animal Collective on lead vocals. Much like with “Instant Crush,” this feels like a perfect mix of two bands, with Daft Punk's style of simple robotic beats and Animal Collective's quirky vocal melodies. It's an infectious track and a very memorable song on the album, despite being the most straight forward and stripped down tune on here. And the album finishes with “Contact,” a mostly instrumental track heavy on the synthesizers and drums. It builds up to strong climax and brings Random Access Memories to a satisfying conclusion.

The album is a very well put together album, blending old school and modern music flawlessly into something that is uniquely Daft Punk. They explore new territory, but maintain many of the sounds and ideas that have made them the success that they are today. What many fans will ask is how does it compare to Discovery? Well, it's a different sort of beast. It accomplishes something different so it hardly seems worth comparing. I like Discovery better at the moment because it has memories attached to the songs and and it's really endured through time. I don't doubt that as time goes on that Random Access Memories will become a gem in my collection in a similar manner. But it is a great album and that much can be said right now. The wait was worth it.

The only major disappointment of this album for me is that the cover art doesn't match the other studio albums with their signature Daft Punk logo. I like this art, but I liked that they had a theme that they were sticking with for quite a while. Oh well... life goes on.