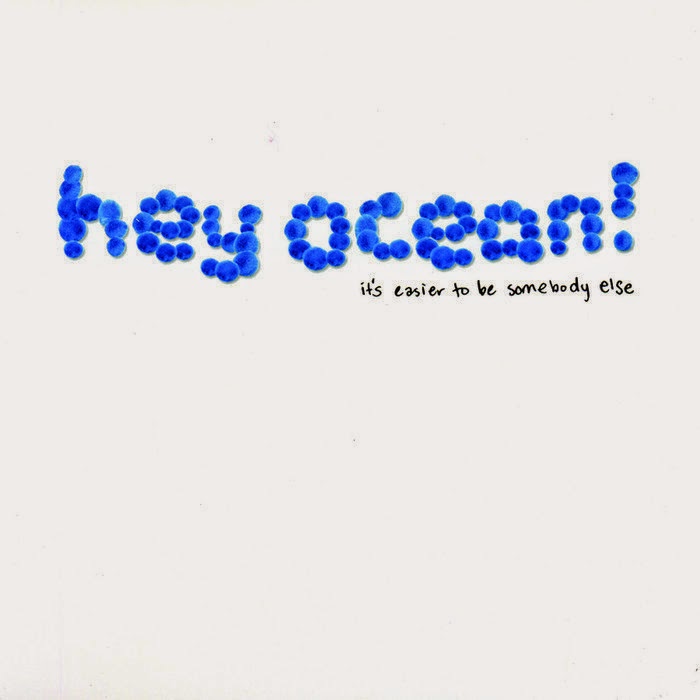 When I reviewed Hey Ocean's first album over a year ago, I praised it for being honest, and relatively light material. It was upbeat and fun enough to be pop music, but smart and sophisticated enough to earn a reputation to be much more than that. As the years have gone by, Hey Ocean! have been gaining more and more popularity, not just in their native Vancouver, but across Canada as they've toured across the country and been regular on CBC radio. Not to mention that they've achieved a healthy level of success entirely independently. Still unsigned to any major label, one listens to the band knowing that they've become a Vancouver indie staple simply by making great accessible music.

Their second album, It's Easier To Be Somebody Else in some ways seems like a logical follow up for the band, but in other ways, it defies some of our expectations. First, the actual production sound of the album is oddly low fi, especially for a band who has an EP and full length album behind them which are produced better. Maybe 'better' isn't the right word, after all, it likely was a conscious decision. The previous releases were produced more crisply perhaps? This album sounds kind of like a live jam album, which has a charm in and of itself. In fact, the instrumental track “The Jimmy Switch” and the hip-hop song “Vegabond” sound like live recordings to me, complete with crowd murmurs. It brings me right back to the live show of theirs that I attended a few years ago. It holds the same atmosphere, which isn't a bad thing for a band to conjure up. I can't say for sure if this was the best move for the music, but it isn't a bad one. And the song writing speaks for itself. It shows that even when under-produced, it's still strong music and able to retain the fun nature of their compositions.

Though the album in some ways has more to offer its predecessor. While there are a lot of fun and crowd pleasing tunes on here, the album has much more variation in song writing and tone. There are even some songs that I find a little bit dark on here. Their song “Fifteen Words” has a decidedly more serious tone than most of their songs, but it's a brilliant song and proves that their emotional landscape isn't limited and they can stay true to their style as they explore new territory. Their song “Humaita” is another change of pace for them, as it's a solemn and simple little tune. But its relatively simple structure is just as effective as any of their tracks and it proves to be one of the most memorable songs on here. Their lyrical choices in that song paint a strangely clear picture despite there not being that much material displayed. It's like a piece of art with few brush strokes, yet the image is conveyed.

They do allow themselves to have a little fun, so don't worry about a dramatic change of pace. “A Song About California” is a fun poke at how writing a song about the popular state seems to be a right of passage for many bands. It's a fun and infectious track. The song “Fish” talks about one girl's dream to swim in the ocean. It's a charming and witty song, with perhaps one of the best lyrical hooks in the chorus I've heard in years. It feels like the kind of song a band called Hey Ocean! should be writing. It just kind of makes sense.

The usual strengths of their music are ultimately what make the album work as a whole. Their genre is still difficult to define, as it fuses jazz, funk, world music, and rock into a great mesh of sounds. The two lead singers sound great together, but aren't the sole personality of the band. A lot of the energy comes from the equally important rhythm section as the drums and bass give the music the groove it needs to feel complete. It just seems like it's the right group of creative minds put together. I suspect that they recognize this and that's why they remain independent. They could go out and get signed and lose some of their creative control in exchange for more radio play, but they have a good sound and a growing fan base so why bother? The transition doesn't seem necessary and I hope that Hey Ocean! continue to recognize that. I can only hope that their next album is as strong as this one because It's Easier To Be Somebody Else is a superb collection of songs that are adventurous, memorable and meaningful.