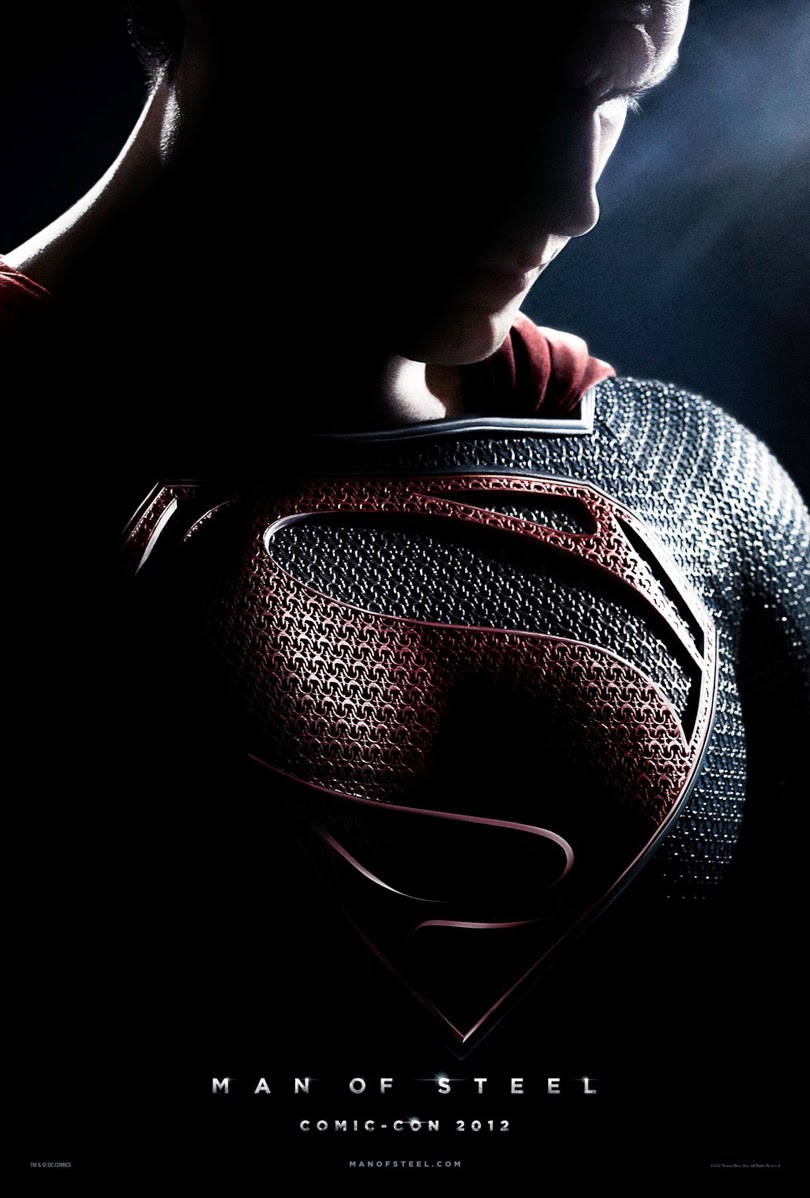 One of the most dividing movies this Summer is definitely Man of Steel, the much anticipated Superman reboot with Zach Snyder at the helm. First, a little back story... so, back in 2006, there was an attempt to make a Superman movie with X-Men's Bryan Singer taking charge. Well, it wasn't an attempt, Superman Returns actually was made and for the most part, well received by critics. Audiences however, were not as satisfied and the movie underperformed. Of course, part of that was due to a way over inflated budget because it actually pulled in a decent amount of money in the box office; it just had too much to make back to be considered a financial success. I actually didn't mind the movie and found its flaws to be a product of the character... by the way, did I mention that I don't like Superman? More on that in a bit.

Warner Brothers wanted to protect one of their biggest potential franchises and were scratching their heads on how to get audiences invested in their favourite red and blue super hero (other than Spider-Man). Then 2008 came and changed the super hero film playing field. Not only did the rival company Marvel release their mega-hit Iron Man and announce that they were starting up their own cinematic universe that would lead into an Avengers film, but then one of the biggest hit in movie history took the world by storm. Christopher Nolan's The Dark Knight was a huge game changer, raising the bar of audience expectations of super hero films. They no longer could be dismissed as being brainless popcorn flicks as The Dark Knight showed a much more story driven and psychological side to the genre, which worked rather well for the Batman character.

Naturally Warner Brothers noticed that Nolan just brought them in a billion dollars and a legion of hungry fans. Nolan's personal project, Inception, also performed really well at the box office so it seemed like this English director was becoming a mainstream name that the public could trust. So... the company wanted Superman done right especially since they intended to compete with Marvel and eventually create a Justice League movie, and the Green Lantern movie was shunned at the box office and by critics. Thus, they brought in Nolan who didn't want to direct the new Superman flick, but would produce it and hand pick the director. Apparently Zach Snyder of 300 and Watchmen fame was his choice. And it seemed like a good idea to me because I quite like both those films and found Snyder to have a great talent for adaptations. His original work Sucker Punch... not so great.

Okay, enough history. Now you see what was at stake for this film. The only thing for me personally that was at stake was that I wanted to see a Superman movie that was actually really good. I know that some of you will hate me for this, but I didn't think that any of the Christopher Reeve Superman flicks were any good. Some were just worse than others. But I just don't really like the character. You know, he's a nice guy and all, but he's just really not my type. The issue is that he can do anything and nothing can stop him and that's not compelling to me. And when there was something that happened that Superman couldn't fix, he suddenly would have a power that could fix it... like the ability to travel back in time by flying around the Earth really fast. Let's all face it, that is really stupid. This actually isn't the problem in Man of Steel. In fact, there were plenty of times where I had no idea how Superman was going to win. Having General Zod and a legion of followers from Krypton was a great way to put Superman against something that was a match for him. And while Superman was well adapted to Earth and his abilities, Zod had him outnumbered with trained soldiers and advanced technology. Makes for a compelling struggle.

Snyder's visual style comes through in this picture. While not as stylized and most of his other works, he puts that aside for more traditional visuals and the movie is better of for it. A Superman film doesn't call for the slow motion blue screened look that worked so well for 300. But it's still a good looking film, particularly the scenes on Krypton which were breathtaking and imaginative. That's something that hasn't really been explored in previous Superman films. In the old ones we only really got to see some rooms on the planet, but at no point did we feel like it was its own alien world. I concede that this is because of the technological limitations of the time, but I'm just saying that it's nice that we got to see more of Krypton.

Henry Cavill actually does a pretty good job as Clark Kent and Superman. I was concerned about his portrayal because in the trailers and photos of the film he always looked too serious, but it turns out he had a much gentler side to him. The key to Superman's success is finding the humanity within the invincible alien and I think Cavill and Snyder were able to do that. Making Superman likable and fascinating has always seemed like an impossible feat to me, but they did it. And they did a great job of making a real personal story for Clark, connecting the values of his biological father with his Earth father and connecting it with his struggle with Zod. He learns a different sort of lesson about power and responsibility than what Spider-Man does. This film teaches the price of having to make the more difficult decisions when given the sort of extreme power that Superman does. It's actually fascinating to think about the responsibility that comes when millions of lives are on the line and it's unclear what the proper answer is, I guess because there is no obvious right or wrong answer and we, as humans, are not really qualified to answer such a question. That is perhaps what is interesting about this story, because in mind and soul, Clark is human. But he has god-like abilities and has to make those tough decisions despite him not feeling qualified to. This is something that could be explored even more in future films.

It's confusing to me that so many people are having such a negative reaction to this movie. I'm really not sure what they're hoping for. When people watched Superman Returns and griped about how emotional it was and how Superman didn't even punch anything, I dismissed that as people being shallow and just wanting another action film. And now people are complaining about this one even though it tried to give people what they wanted as well as an emotional story. The third act is jam packed with action and destruction to, admittedly, over the top levels. But thinking about it a bit, perhaps the problem isn't the movie so much as it is about Superman fans. They want a movie that is like their hero: flawless. And the thing is, you can never make a perfect movie that captures everything you like about a character who has literally 75 years of history. Compromises have to be made and you'll never please everyone. If you can remember this, you'll leave a lot more movies satisfied, or at least less pissed off.

I have a couple of concerns of my own, but all in all they didn't detract that much from my experience. It seems as the movie moves from the first act into the second, I get a bit of a sense that I'm missing something. Perhaps there are some deleted scenes or something, but when Lois Lane is in Canada and she and Clark meet for the first time, it seems sudden and out of nowhere. I could catch up easily enough, but I feel that there should have been something to fit the pieces together a bit better. There are a few other minor logical leaps that I had to take as an audience member, but I didn't feel too bothered by them. But if run time was a problem, they probably could have taken some time from the action in the third act and moved to development in the second.

My main concern is that I don't know where they can take the series from here. Granted, I don't know much about Superman's rogue gallery other than Lex Luther and... Nuclear Man? But it seems to me that the stakes were already so high for this film and the hardships were so challenging that not much else can top it. But... I guess we'll see. And come on... how many people could Metropolis really have in it anyway? A few more disasters like this one and I'd start to think that it's high time to move.