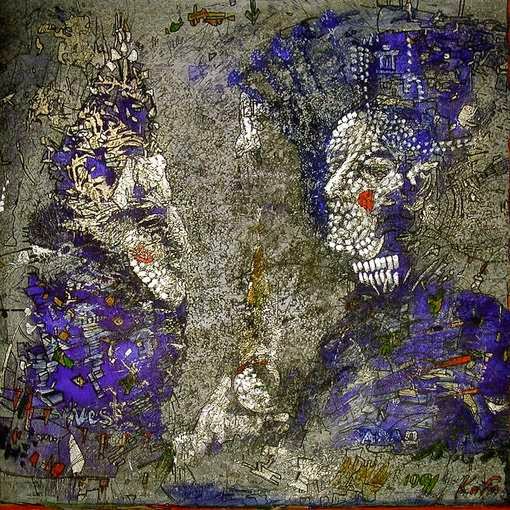 When I was introduced to mewithoutYou, there were several songs from their second album, Catch For Us The Foxes, that I heard as well. A follow up album can be a difficult thing to peg as you either run the risk of repeating yourself or doing something that disappoints the fans of your first album. I think that with this release, mewithoutYou made a good call and stayed fairly close to the style and sound of the first album, while thankfully not making it sound just like it. I suppose it's that they take their sound and expand it ever so slightly and refine it. It still mostly consists of heavy guitar and the poetic shouting of Aaron Weiss, in true abrasive form.

The album begins with “Torches Together,” a brilliant and intense song, easily one of my favourites from the band. Much like “Gentlemen” from the last album, the highlight of the song is the lyrics and vocals which emit regret and pain. It's an emotional song and was one of the songs that introduced me to the band and made me take interest. It's followed by another equally fascinating song, “January 1979,” named as such because both the singer and bassist were born in that month and year. While maintaining the poetic shouting style, it also has a different vocal style in the chorus to add some variation to the mix. It's a great track and helps gives the album a very solid start.

The album travels through a few different sounds without taking any huge bold leaps from their style, but they show how flexible that style is from time to time. Whether it's the more solemn, understated “Leaf” or the groove heavy “Tie Me Up! Untie Me!” They also allow some more traditional singing styles in a few of the songs, like on the final track “Son of Widow,” which help keep the listener interested by diversifying their sound. “Disaster Tourism” starts with a deep droning singing and moves into faster and heavier rock. “Carousels” is a more contemplative piece, allowing an electronic processed vocals to back up Weiss' more subdued spoken words. It's a very memorable tune, dark and dynamic. They prove in many of their songs that they are not afraid to break away from the verse to chorus formula, and play around a lot with different song structures.

Another standout track is the dramatic “The Soviet” which I appreciate more every time I listen to it. It builds up slowly from an ominous guitar riff, through a rock jam, into a grand, spiralling whirlwind of intensity and emotion, and all in just over 3 minutes. It accomplishes a lot in that time and truthfully, I wouldn't mind it being longer. The lyrics are so full of honest desperation, both frantic and self reflective, that it propels my emotions into a state of excitement and melancholy. A strange feeling, but it shows how affective the music is.

Something I didn't touch on during my [A->B] Life review was the Christian subject matter of their music. What I like about what kind of lyrics they write is that it isn't typical praise music, by any means, which is often what people associate with Christian rock. It's far more in depth and honest, in my opinion. And while I think that praise music can be honest, it often doesn't allow much emotional variation or complex songwriting. Fortunately, mewithoutYou dodges the clichés and dive right into the deeper issue of the Christian soul, where there is just as much hurt and angst as anyone else. I think that's why their audience transcends the Christian niche. It's still relatable because it's about the struggle of humanity, not a God that people may or may not believe in. It's about the people who believe in God, which puts a face to the faith. And the people who have this faith are not as different from the people without as some might think.

The angst can be heavy, but it is sincere, which is actually in line with the Psalms in the Bible. The Psalms were a representation of how Christians are to pray to God, and they're not always beautiful worship, but sometimes pain and struggle and trying to come to terms with it and bringing that to God. This is what Catch For Us The Foxes excels at. It doesn't feel quite as abrasive at its predecessor, but it still packs a dark and emotional punch when it needs to. It is a sad and self deprecating record, but seems to present itself as a form of therapy, or confession, depending on how you look at it. It's an album that leaves an imprint, though its moments of greatness don't quite add up to an amazing whole. It still feels like they haven't reached their full potential. That would still be to come.