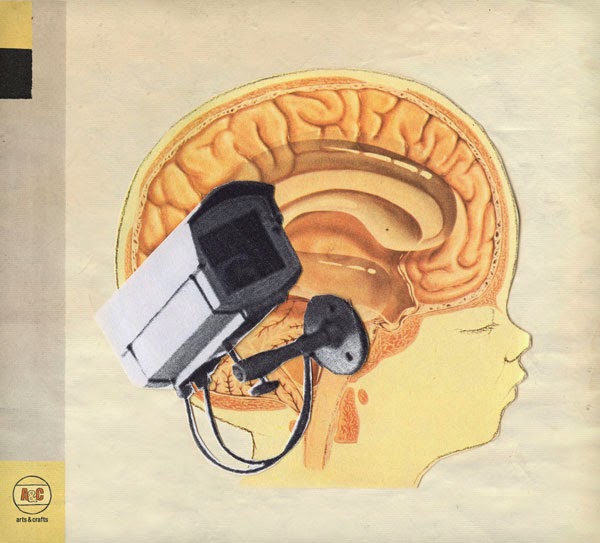 While some criticize modern music as being bland and repetitive, it's always encouraging when you hear a band with a voice that really does seem all its own. If you are seeking new and interesting music, one of the best places to go is the Canadian independent rock scene centred mainly in Toronto, Ontario. Some fine acts have emerged from the innovative record label Arts & Crafts. While The Hidden Cameras didn't originate from Arts & Crafts, they have made it their home with their last two albums and I found out about them through a sampler CD I got which featured their song “Walk On.” I enjoyed that song a lot, but didn't decide to pick up the album until I read that the album Origin:Orphan was in a list of the “best of” of 2009. Of course, not everything on that list was actually good, but some of the albums were a cut above the rest. This was one of them.

The album opens on a solemn note with “Ratify the New,” a chilling song with a two minute long string intro which is perhaps misleadingly dramatic. We think that we're getting into a dark and moody album with strong orchestral accompaniment, but that illusion is shattered in a most jarring way once the second song starts. “In The NA” is a complete change of pace and is completely ridiculous. Of course I mean that in the most respectful way possible. It's delightfully playful and most artists wouldn't have the stones to make a song that silly. The Hidden Cameras made it the lead single. That's a strong choice actually. Once you've heard “In The NA” you never forget it.

Their song writing continues to be that diverse as the album progresses. Joel Gibb, their lead songwriter and singer, doesn't have a naturally beautiful singing voice, but he is unique and exceptionally expressive. His unabashed quirkiness is something to be embraced. “Do I Belong?” is one of the strongest songs on the album because as he sings the hook it really sounds like he's wandering around asking people if he belongs. “Walk On” on the other hand is a gloomy orchestral arrangement that sounds like it could accompany a funeral march. It's a dramatic tune and while it seems tonally out of place in the album, it doesn't stick out too much because of the overall diversity of the song writing. I wouldn't get rid of it, that's for sure. It's an amazing song and one of the best compositions on here. And it's not the only serious song on the album as the title track, “Origin:Orphan,” is equally dark and compelling.

As much as I appreciate the more gloomy tracks, I have to admit that the albums most memorable moments, and my favourite songs, are the more fun pop songs. “Underage” is a remarkable track, with a full bodied horn section playing with a silly “oooh-wa” chant in the chorus. Critical listeners might dismiss this song for that reason, but I think it's a brilliant fusion of genres placed with an extremely charming vocal section. I never thought I'd love a chorus of “Ooh-was” the way I like this. Right after that is the the song “The Little Bit” which is similar in style, but has a bit of a different quirk to it. It has a very visual feel to it, as if it was made for a stage production or an animated short. If you close your eyes you can almost see cartoon animals prancing around.

Origin:Orphan is a wonderful album, but never quite feels complete. I don't get a sense of the over arching vision of it, and sometimes that doesn't bother me, but in this case it feels like it intended to have one. I suppose in some ways the song writing is too diverse and leaves the listener unsure about what they just experienced. The moods can be too extreme. Nevertheless, I can't fault it too hard because I greatly admire the willingness to try out the ideas that they did. And the truth is that there isn't a single song on it that I dislike. It's a musical plate of many different flavours, and while it leaves some of your audio taste buds confused, in the end it is nutritious.