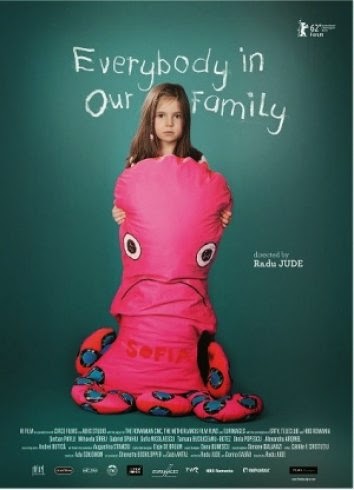 It is my pleasure to start my Vancouver International Film Festival reviews. This is one of my favourite times of the year because I get to see films that I may never have the chance to see again (at least without some harsh digging). I find that I actually really enjoy the sorts of films that make it to festivals like this. First, they just tend to be more real and relateable than a lot of Hollywood fair, which makes sense because blockbusters tend to venture more toward escapism, which seems to have the mass appeal that high budgets call for. While I don't mind escapism, I enjoy the sorts of films that offer insight into humanity and people a little more. Also, they are the kind of films that don't seem completely unobtainable to make. Usually they are films that are well made, but don't require massive budgets to produce. They take the time to get the job done right though. Also, I don't mind reading subtitles and people that do are lazy... or have a learning disability in which case I'm sorry.

Everybody In Our Family is a Romanian film about a domestic dispute that spirals into something completely ridiculous and it's like watching a train wreck, both horrific and spectacular. And what's remarkable is how much it accomplishes on a very tight budget. It's not obviously low budget, in that it looks professional, but about 80% of the movie is in a single setting. It was written to be a film that could be accomplished quickly and cheaply and that isn't an insult. It takes skill to know boundaries and stick within them. So, the story is simple. Marius (Serban Pavlu) wants to take his daughter on vacation that they have planned for a weekend. He's down on his luck and divorced, his ex-wife is now living with another man. He goes to his ex, Otilia's (Mihaela Sirbu) place he is told by her boyfriend Aurel (Gabriel Spahiu) that his daughter Sofia (Sofia Nicolaescu) is sick and can't go on the vacation. Or at the very least, Marius needs to wait for Otilia to get home so they can discuss it. But time goes on and Otilia still hasn't returned and Marius can't wait to get on the vacation and doesn't want to get caught in traffic. Aurel won't let him go and in a confrontation, Aurel gets hit in the head and the dispute escalates more and more.

And yes, it does escalate. I don't wish to give anything away, but it escalates. While it was pitched on the VIFF website as a dark comedy, for much of the movie it seemed mostly like a drama. But then, as the plot spiralled out of control, I did start to laugh from how ridiculously uncomfortable things got. Watching this movie was a mixed experience. I wasn't sure if I liked it at first, because of how squeamish it made me and how much I wanted to yell at the screen to try and calm people down so they could sort out their differences. But man, the film so successfully creates a tense atmosphere, especially near the end, that after it was all over, I realized it was actually kind of enjoyable. Honestly, some horror movies should takes notes from this movie about how to keep people on the edge of their seat.

Marius is a strangely likeable character and we see everything from his point of view, but he really doesn't have it all together. When his emotions rise, he can't keep his cool and that is his ultimate flaw that leads the film into the place it goes. We want him to succeed and spend the time with his daughter because that's not a horrible objective. That's really admirable. But seeing him shoot himself in the foot is really something to behold and really pulls in the viewer, you know, in a way where you can't look away. I found though, that the one who really stole the show was the young and lovely Sofia Nicolaescu, who plays Marius' five year old daughter Sofia. She's really a charming young talent, who performs very well considering the tough acting situations. The takes are very long in the film, and while more seasoned actors should have very little trouble working with long takes of dialogue, for a young actress she pulled it off very naturally.

I connected with this film in that it reminded me of my own family and the frustrations my father, after my parents divorced, would have with my step-dad and how he would be seen as an obstacle in my dad continuing to connect with us. I could see that if I were in a similar situation, I'd find myself equally frustrated. Though, what's nice about this movie is that it helps you feel more sane as it escalates beyond what ever happened to my family, thankfully. So, it's good that my dad has it together far better than Marius. I guess that's why it seems believable. It is based in true feelings, but takes it a step further.

Everybody In The Family is a great film, that is well done to the point where it makes me uncomfortable. Like, it really gets out of hand and you feel it. It wasn't the most enjoyable experience the whole way, but somewhere along the road I was on board and started to have a good time. Where does that leave me as to what I would rate the film? I'm not sure. It's not for everyone because of the heavy subject matter, but if you want a chance to laugh at something fairly dark, maybe this is for you.